Bill Torbert has spent his career leading, consulting, teaching, and researching based on a new paradigm of Collaborative Developmental Action Inquiry applied to personal, organizational, and scientific development. At this point (2020), Torbert’s theory of adult development and leadership is the most well known of the three, having generated the Global Leadership Profile for measuring a person’s current leadership capacity and one of the top ten leadership articles in the history of the Harvard Business Review – ‘Seven Transformations of Leadership’ (2005).

Having received both his BA in Politics and Economics and his PhD in Individual and Organizational Behavior from Yale, Bill served as Founder and Director of both the War on Poverty Yale Upward Bound Program and the Theatre of Inquiry. He also taught leadership at Southern Methodist University, the Harvard Graduate School of Education, and then, from 1978-2008 at the Carroll Graduate School of Management at Boston College, where he also served as Graduate Dean (the BC MBA program’s ranking rising from below the top 100 to #25 during his tenure) and later served as Director of the Organizational Transformation Doctoral Program.

In addition to consulting to dozens of companies, not-for-profits, and governmental agencies, Torbert has served on numerous Boards, notably at Harvard Pilgrim Health Care when it was rated the #1 HMO nationally in the US; and, for twenty years, at Trillium Asset Management, the original and largest independent Socially Responsible Investing firm, founded by Bill’s friend Joan Bavaria, a rare CEO who was at once visionary, strategic, executive, and also truly collaborative.

After his retirement from academia in 2008, Bill continued his work through Global Leadership Associates, the Amara Collaboration, the Global Leadership Profile, Alchemists’ Workparties, and my informal action inquiry community. The intent: to leave a living legacy of persons capable of practicing Collaborative Developmental Action Inquiry (CDAI). CDAI is a new paradigm of social science and social action that integrates 1st-, 2nd-, and 3rd-person action and research, on the past, the present, and the future, and generates single-, double-, and triple-loop feedback in the service of timely action (see CDAI Cyber-Library for more detail).

With Integral Publishers, he has published the book Eros/Power: Love in the Spirit of Inquiry together with Hilary Bradbury. 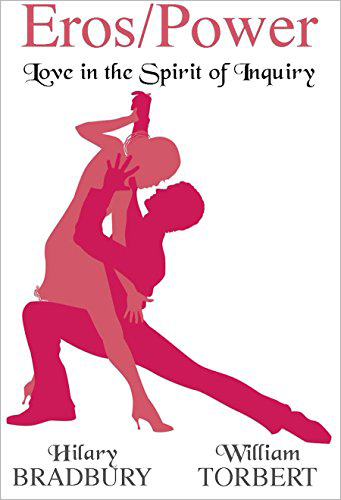 Eros/Power: Love in the Spirit of Inquiry